For the reflections project, we were required to reflect on who we are as a person. For English, we wrote personal essays for college and wrote essays on a memoir of our choice for Honors. For Animation, we created a Google doodle and loading gif based on the day of our birth or our Freestyle experience. I chose to create a gif based on the fact that the author of Mary Poppins and I share the same birthday. And for Digital Media, we wrote and recorded a perspective piece on the topic of our choice. I chose to talk about Disney remakes.

In this unit, I rediscovered my love for traditional animation, since I hadn’t done it in a while. I also discovered that I enjoy writing personal essays, and this really helped with the college application process for me.

The purpose of the personal essay was to summarize our core values through a narrative or other methods. I feel that for my essay, I summarized who I am pretty well. Some core values that I think got across well were that I am willing to try new things or put myself out of my comfort zone and that if I care about something I will work very hard on it.

How does one join a marching band as a saxophonist without being able to play the saxophone? This seems like a difficult challenge, yet it’s one I took on when I joined the tenor saxophone section of my school’s marching band.

Although I’d sung in choirs, played guitar, and knew how to read music, I basically had no experience playing any kind of reeded instrument. In fact, when I first got my saxophone, I was so clueless that I tried to play it with the mouthpiece upside down. Before band, I took about three months of weekly lessons with an octogenarian whose every other sentence was about how the quality of saxophone reeds has gone downhill since his childhood in antiquity. He would assign me wildly mundane exercises and scales that were about as entertaining as listening to your grandma tell a story about eating soup.

I only started improving when I actually started band. For the first week, I mimed playing anything faster than a whole note for fear of playing something wrong. Eventually, I began to play notes here and there and within a month I could play along with the ensemble. The other reason I started improving was that I was practicing for hours outside of band, in both the school practice rooms and at home. The feeling that improvement was within reach was the reason I wanted to keep doing band.

Marching and holding my instrument right was even more difficult than learning to play for me. I had only played sitting down before, so holding up the instrument correctly presented its own set of challenges. To hold up a tenor saxophone properly, one must hold it perfectly vertically parallel to their body and have their elbows out. As someone who couldn’t even do ten pushups, holding up a large chunk of metal for extended periods of time was almost impossible for me; it took a few weeks of suffering and evil glares from my section leader before I could finally hold it up without feeling like my radius was going to snap.

Not only did I have to adapt to the physical demands of band, I also needed to adapt mentally to working with a team. It has been a completely unique experience in that it would not work at all as an individual activity. Something I remember very vividly is one of our visual staff telling us “if you hit your dot perfectly and everyone else in your line is a half step back, although you are technically correct, you’re wrong.” This statement changed the way I view teamwork dramatically. Sometimes, I have an absolute need to be correct and I won’t drop it until the other person admits that I’m right, but band has made me realize that being right isn’t always necessary. Band has overall made me a better listener and a better compromiser, skills that I was lacking before I joined.

The thing about band is that no matter how much it exhausts me or how much it stresses me out, I don’t spend four hours a day doing something I don’t love. Even though by the end of a rehearsal my arms are sore and I’m dehydrated and my face is as red as a stop sign, I keep doing it because of the sense of accomplishment I get and the connections I form. In college I want to keep doing things that challenge me, hopefully not injuring myself too badly in the process.

For our perspective piece, we were required to use very basic after effects techniques to illustrate a point we were trying to make visually. After recording the piece finding images, we had to compile them in a composition and time them so that they made sense with the writing. In this video, I discuss how I feel that the live action Disney remakes of classic animations lack artistic integrity. I think that this shows how I feel about making things purely for money. 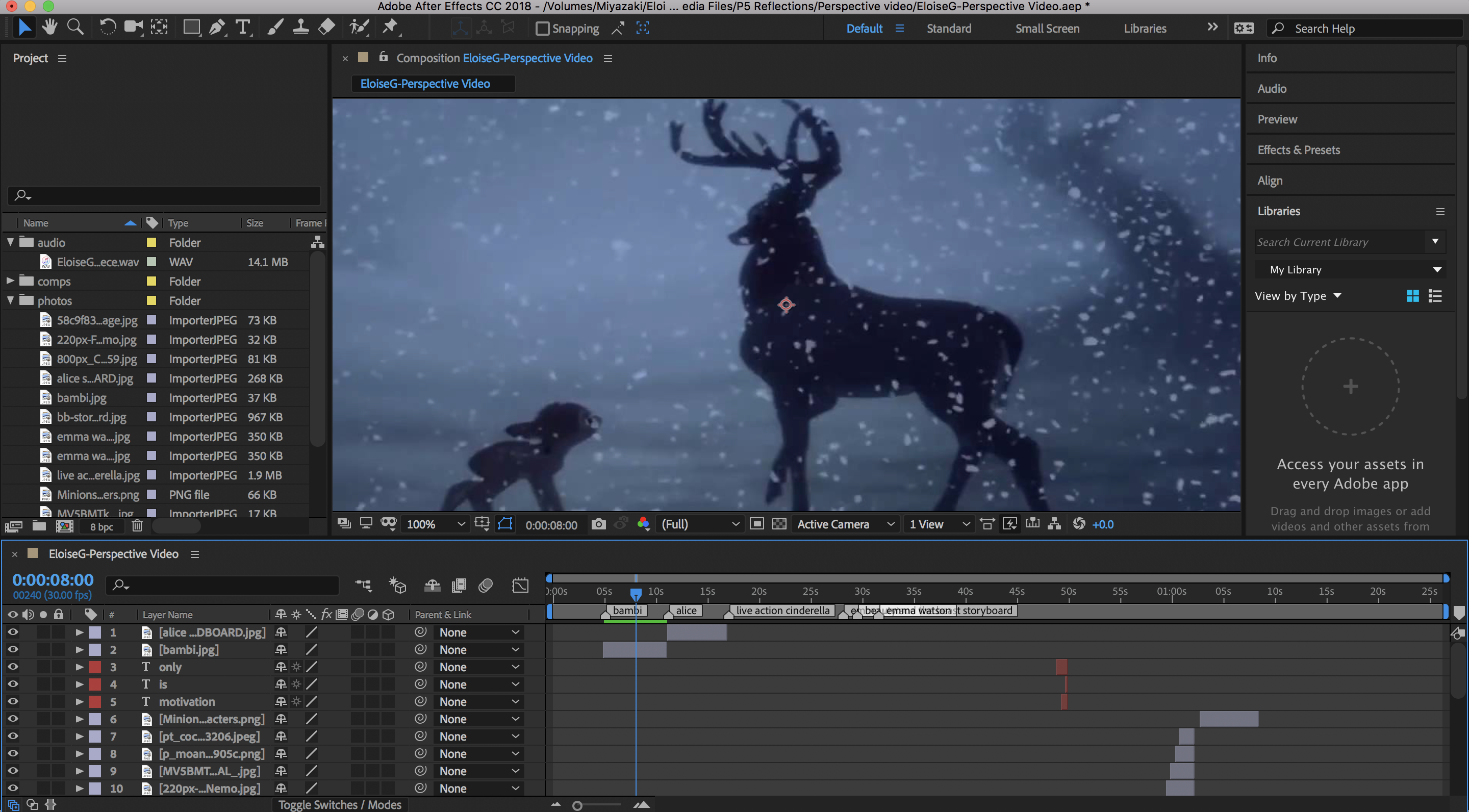 For Animation, we started the year with producing a Google Doodle and loading gif based on either an event that happened on our birthday or our experience at Freestyle. We also created an object that represented us in the 3d modeling software, Maya. 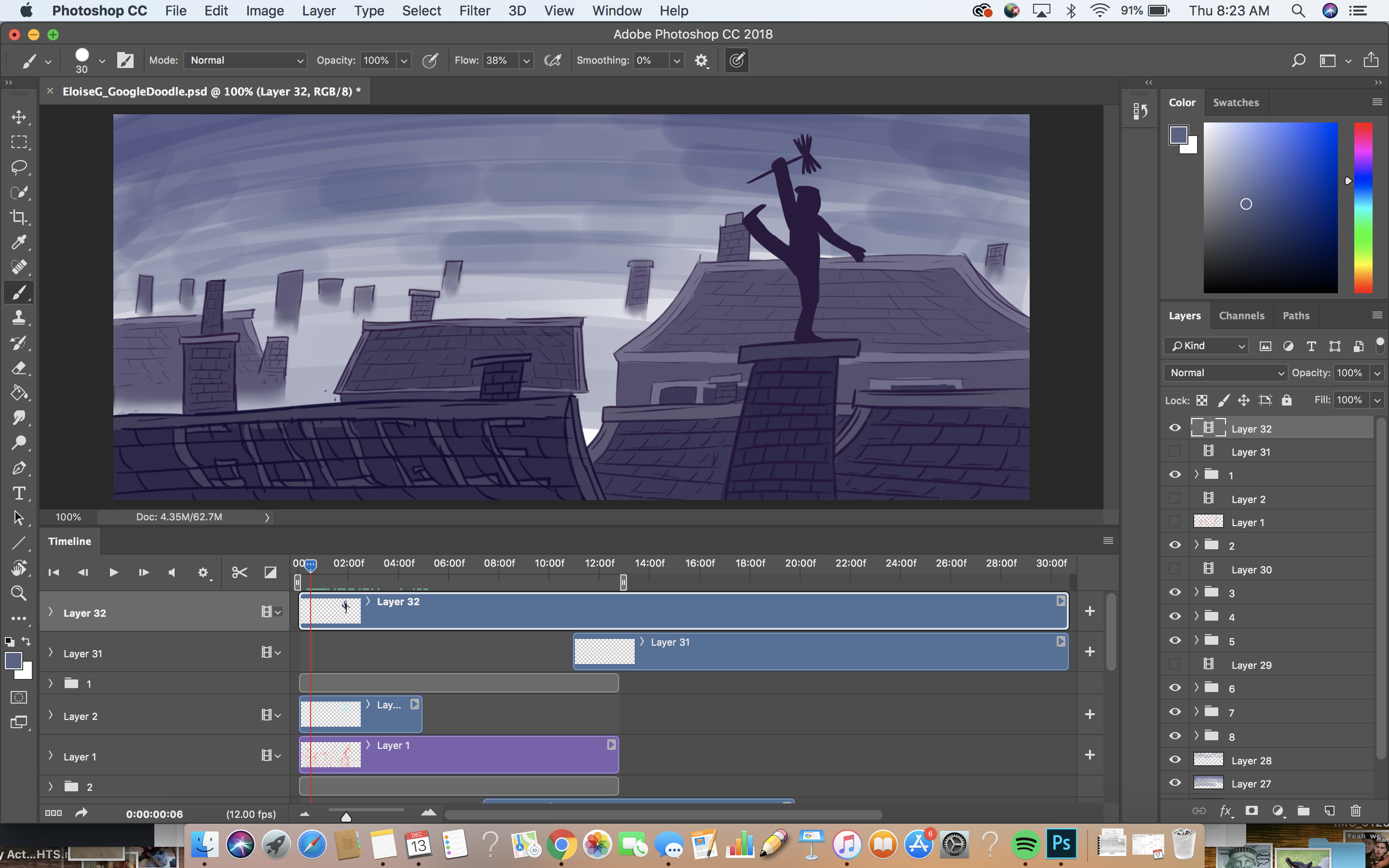 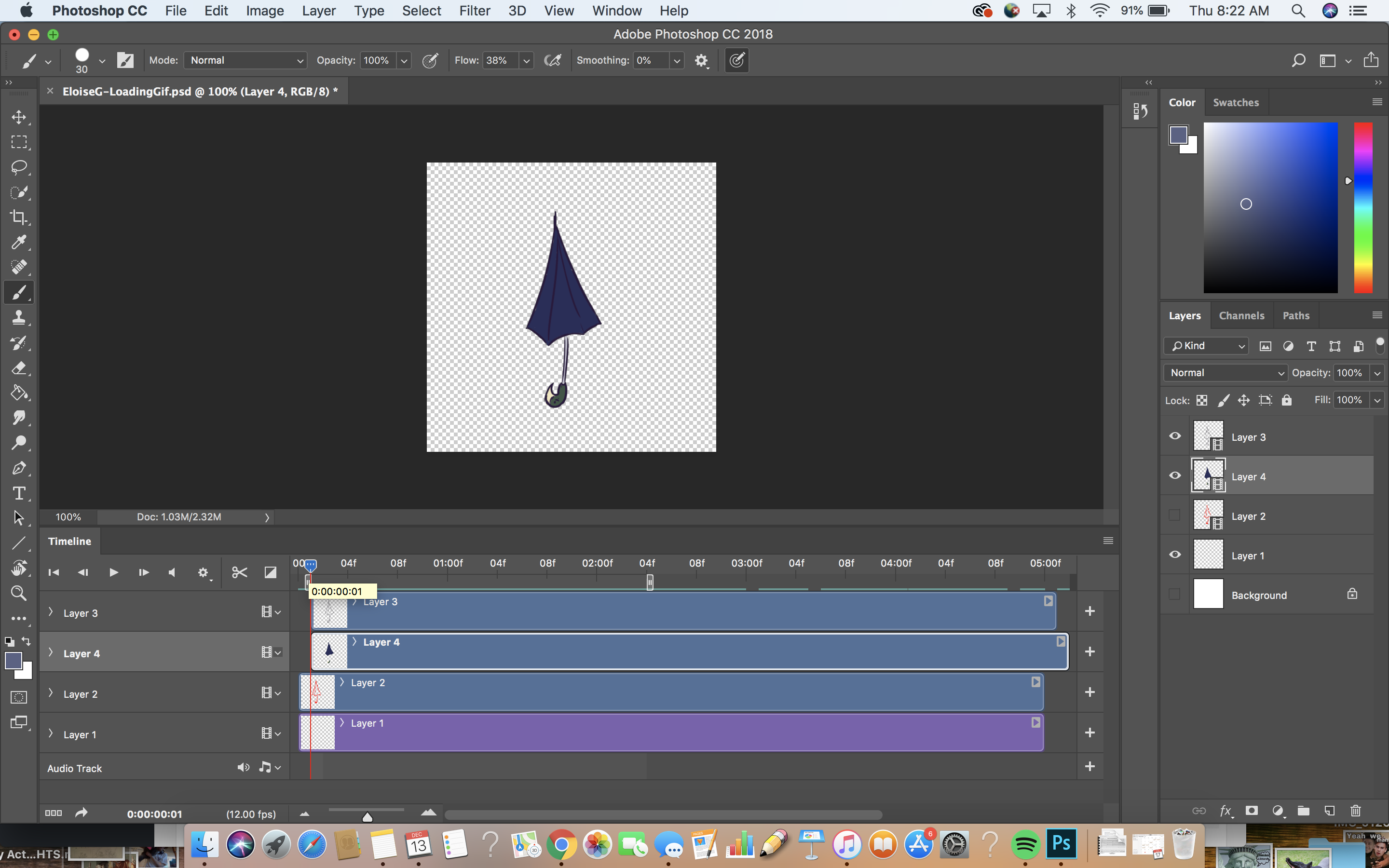 For my Google Doodle and loading gif, I based it on the fact that Pamela Lyndon Travers, the author of Mary Poppins, and I share the same birthday. I wanted to base the Google Doodle off of the iconic chimneysweep scene in the movie, which I remember the most from when I watched the movie in my childhood. And for the loading gif, I represented the iconic Mary Poppins parrot umbrella because I thought it would loop well. For both of these, I used Photoshop. I chose Photoshop because I wanted access to the brushes that aren’t available in Adobe Animate. At first, I sketched out rough keyframes and did all of the in-betweens, seen in Layer 1 for the umbrella and Layer 2 for the Google Doodle. As the umbrella was much simpler, I only needed to line it and color it. (Layers 3 and 4). However, since the Google Doodle is much more complicated, I had to group all of my layers to keep everything organized. 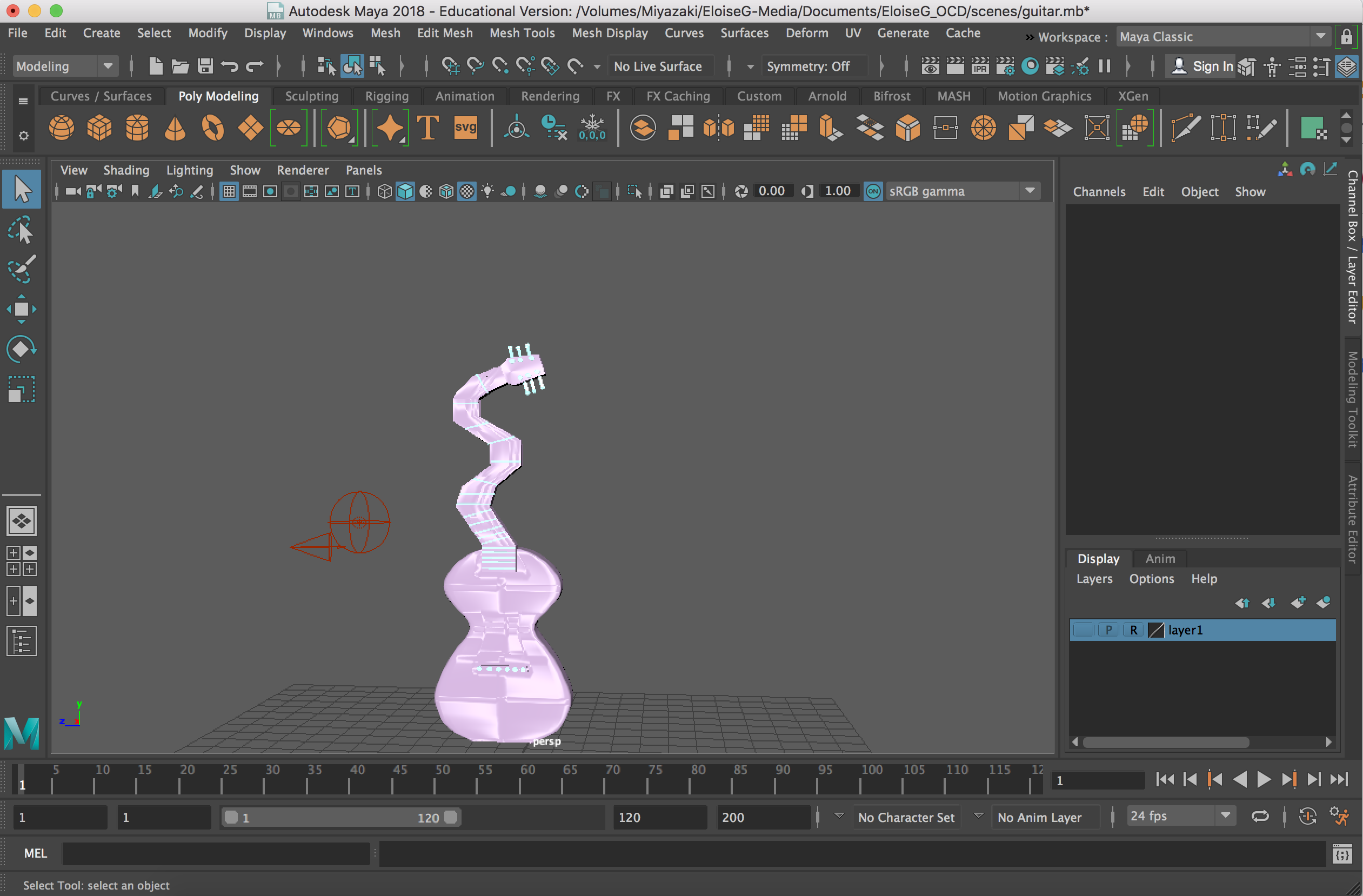 As well as revisit 2d animation, we started to delve into 3d animation. My object is a guitar with a squiggly neck. I chose this because I love music and I love playing music. However, I wanted to make it look a bit different due to the fact that I’m a creative person so I made it a different color and made the neck bendy.