The conceptual unit was the first unit of my junior year. I learned a lot of basics but as time progressed I began to learn how to express myself in new unconventional ways. This included poetry, photography as well as animation. 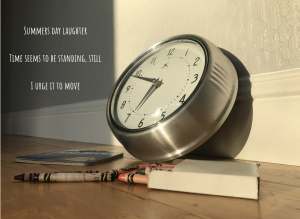 This was a haiku I wrote and a photograph I took that correlated with the theme. 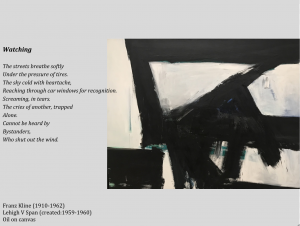 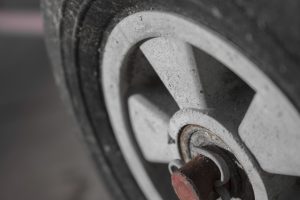 In this assignment, we had to take photographs of wheels that are a part of non-motorized methods of transport. The object I chose to photograph was a wire caddy with wheels. My mom has used this caddy for 17 years and I really enjoyed the small scratches and marks on the wheels because they gave the image age. Additionally, the background I chose was the cement in my backyard because I thought it could add to the theme of aging. I decided to shoot the wheel from close up and at an angle because I wanted to make sure I displayed all of the small details in focus.

After taking the photo, I applied several of the techniques we learned in Adobe Photoshop to enhance it even further. I focused the saturation on the reds in the photo and decreased all of the other colors in the photo until it was left with just red, black and white. I did this because it emphasized the contrast of colors in the photo, focusing and drawing the viewer’s attention into the spoke of the wheel. I also used the cropping tool in order to bring the left side of the image in, because there was a lot of unnecessary background blur and I needed to bring more focus to the wheel using the Rule of Thirds.