Welcome! My name is Sukie Dakin and this is I am a student at Freestyle Academy. My experience at Freestyle has been one of the most fulfilling educational decisions I’ve ever made. This program has allowed me to grow in several different ways during the processes of learning so many different concepts revolving around my interests in Digital Media, Design, Film and English. I’ve been allowed so much freedom to take initiative with what I wish to learn about and what I want to focus on as a future career, and Freestyle has given me the tools and support I’ve needed to navigate my way through these past two academic years. 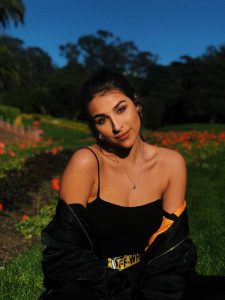 I’ve always loved anything to do with entertainment, performing, and the work that goes into the production of these fields. I was drawn to Freestyle as soon as I learned that there was a core media class for aspiring Film students. I’ve been influenced by many filmmakers and especially my Film teacher Mr. Taylor, who has guided me for the past two years in essence of pursuing a hopeful career in the film industry later on.

Freestyle has been the best academic decision I’ve made in my high school career. If I hadn’t been accepted into this program, I would’ve never gotten to foster my love for the arts as much as I already have and I would’ve never been given the opportunity to explore such intricate artistry at such a young age with the available tools Freestyle has readily given me. Along with this knowledge, for the past two years I’ve been curating a versatile portfolio consisting of my projects that I’ve been challenged with and that I am most proud of.