In the reflections unit we did a variety of different projects, starting off with the Mandala. Using adobe illustrators symmetry tool we were tasked with creating an original mandala. Next, we used Adobe AfterEffects to create and produce a video based on a Rant Essay.

In English we worked on a Personal Essay, a Lyrical essay, and several other writing assignments.  We also took a field trip to a museum. Our assignment from that trip was to do a Personal Curation (or mini-exhibit) that we would apply to both Digital Media and English classes.

In Animation we started the term doing setup projects such as the Name Tag and Google Doodle. Then we worked on 3D Modeling, where we created both a project of our interest and a weapon model.

The mandala is a repeating pattern. The icon below is for ZapWorks. If you have the ZapWorks app installed on your phone, this should show my Mandala in a multi-media form.

The Mandala project is made up of multiple parts and 2 mandalas: one colored and one black-and-white. The ZapCode includes pictures of the laser cut version of my mandala. Mr. Florendo did the laser cutting. Because I did in negative, when it was laser cut the material folded inwards. This was unfortunate but it gave it a different look. 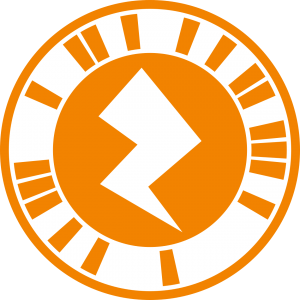 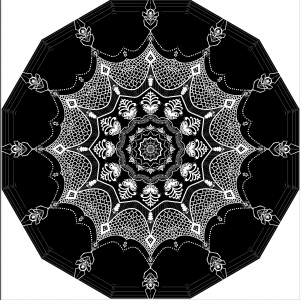 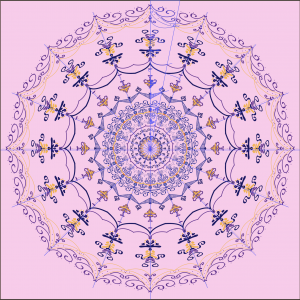 “When making my mandala I tried to balance detail packed patterns with blank space, while also having it stand out since the entire mandala was made in negative. Instead of drawing in black on a white canvas, I created in the other way around. I started the mandala off on the inside with a butterfly and triangular motif, that as the mandala moves outwards bends into a spiderweb. Using the triangular patterns I allowed the eye to follow from the outside spiders inwards to the trapped butterflies. I also incorporated themes that I personally appreciate like dragon scales and swirls. To allow it to all flow seamlessly together i tied everything into the idea of a large spider web, with everything either being a spider: like along the outside edge, a butterfly, or part of the webbing. I made sure that all of the properties that were part of the webbing would be pulled out more as it got closer to the edge of the mandala to allow it to look more organic. Using thinner lines I broke up the large amounts of negative space so everything kept its organic feel.”

The purpose of the Rant Essay was to exercise our ability to complain about an issue that we had in our lives. Once we completed the text we had to create an After Effects video.

You know what’s stressful? SCHOOL. While school is an important part in peoples live it seems to have a tendency to be overly invasive and stressful. Everything about school is stressful from the:The amount of work,Homework, the environment, And the expectations. For starters, teachers assign a bucket load of work, while classes are supposed to teach students, that’s no reason to over work students all day. From the time school starts until it gets out students have to constantly be working on whatever the teacher assign and have to fight the clock to try to complete it all. While some teachers are better at assigning less work, there are still countless more who pack the entire class time full with often pointless work that only adds stress rather than actually teaching a new idea.  secondly they also give work for outside of class. Meaning if someone can’t complete their incise work, along with that they also have even more work. Combine that with students having multiple classes a day and it’s no wonder people hate school so much. On top of that pressure from family to perform well in school, many parents take it upon themselves to keep an eagle eye on students and complain them in a desperate attempt to stand out. This only leads to more stress when parents either pile on more work or push students past their limits in the name of a better grade. This makes trying to maintain a life outside of school and it’s an impossible task. Because of this students have to even attempt to have any free time to relax and de-stress.

We started by listing 20 personal objects. The purpose of this activity was to come up with ideas for the personal essay. We had a choice of posting our personal essay or one of our other essays, but I chose to post my rant essay (above) because it is the essay I am most confident about.

The assignment for the lyrical essay required that we take the point of view of an interviewee but present in the second person.

Its the last day before you leave, the last time you will get to see your friends for a long while. Even as excitement to finally get to study in the united states fills you the sadness of leaving your friends still lingers. A swirl of emotions fills you. The sweet and sour of friends verses the potential that a new place could bring. Their goodbyes stay with you, even after you’re long gone. Leaving everything you know:

You’ll have to change from speaking mainly Portuguese to English. Everything about where your moving is completely new

What you know about the US is limited, only what you’ve seen in movies.

Soon after moving the differences in country become clear cut, the school environment is completely different and the campus is easy to get lost in.

its hard to get to know anyone, not only because of the language barrier but the cultural difference.

in Brazil its common to give friends a hug. In the states its not. The little differences make you feel isolated and alone.

We went to SFMoma where we had to choose 3 pieces of art that we liked and two that we didn’t. We spent a few hours at the museum. I made sure to have a mix of artwork for my curation. This included different media and different styles. 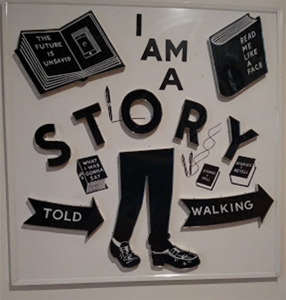 I really liked this artwork because of the way the words and visuals blend together, breaking the unspoken rule used in a lot of art of there being no words. 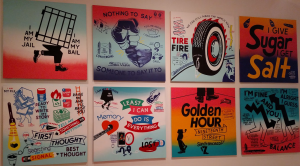 I really liked this set of artwork because the messages where appealing, like the kind that could be found in stickers or pins. And the use of color was very nice, having colorful and varied backgrounds with simple visuals and text. 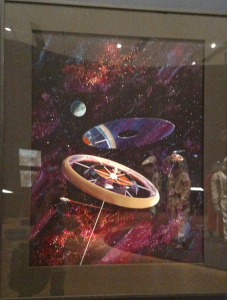 I like this one because the way the artist colored and had everything shaped was really visually appealing.

These 2 pieces didn’t reflect me well due to the very basic nature of both. For the first one, the way that the artist had a monochromatic color pallet and then added blue in didn’t appeal to me. 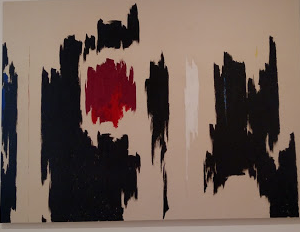 With the second artwork , I didn’t like how the colors where just in neat little rectangles. 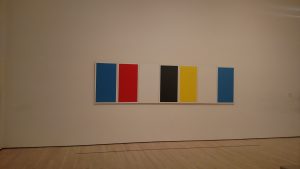 My elective at Freestyle is animation. Typically, we spend between 6 and 9 hours every week in this course.

The name tag was a project where I had to make a tag that represents my personality and themes that I like. Since I am currently interested in Jojo’s I added a character from the series. I also placed a horse in the background of the letters of my name.

Our assignment was to create a Google doodle based off a theme. My theme was hand-writing. I created the animation below where the pencil writes in the letters, erases them, and then repeats.

The Notan exercise consisted of analyzing shot composition using shadow. This was challenging because I had never done this before.  My project was to redraw 3 scenes from a movie. In the movie, the scenes were positive. For my work, I drew them in the negative.  I will add them if I can find the art work.

3-dimensional modelling is one of my main interests. For this project we  designed and modeled an object of our choosing. after sketching out our idea. We then created it in 3d in ZBrush.  I really enjoy drawing dragons. They are an interesting idea. 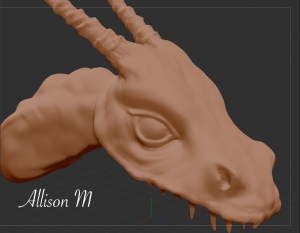 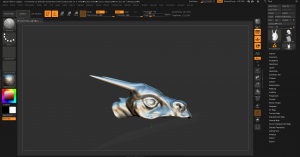 For this project we were tasked with choosing a weapon from a video game and recreating it first in Maya then detailing in Z Brush before bringing it to Substance Painter.  For mine I based it off of the Dadric battleaxe from Skyrim. It has a unique silhouette.  The two spikes on the blades were very unusual. It was a pretty straightfoward procsess, but it took me several days to complete my work: 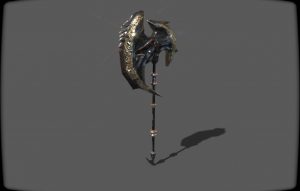 The original that it is based off of is shown below: 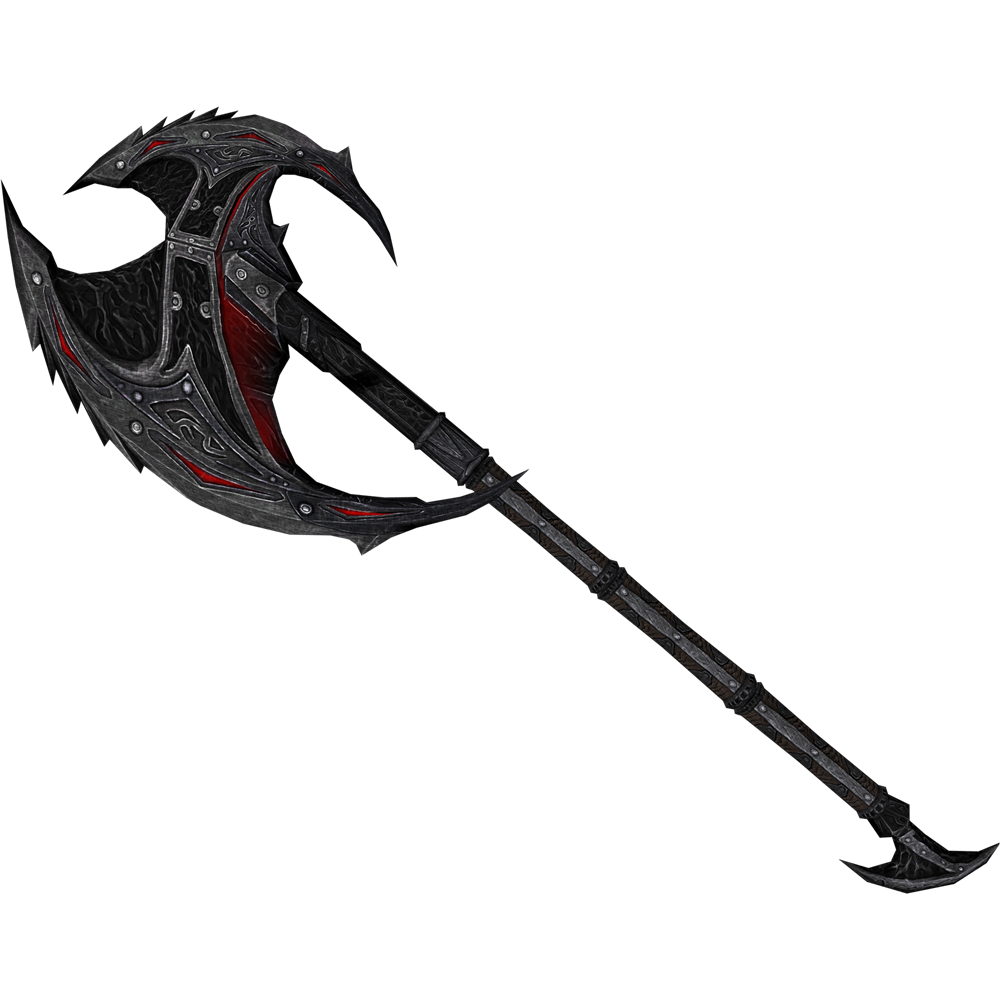