In design, we used Adobe Illustrator to design a creature to reflect the character in the flash fiction that was written. This character had to be put into an environment drawn in perspective. 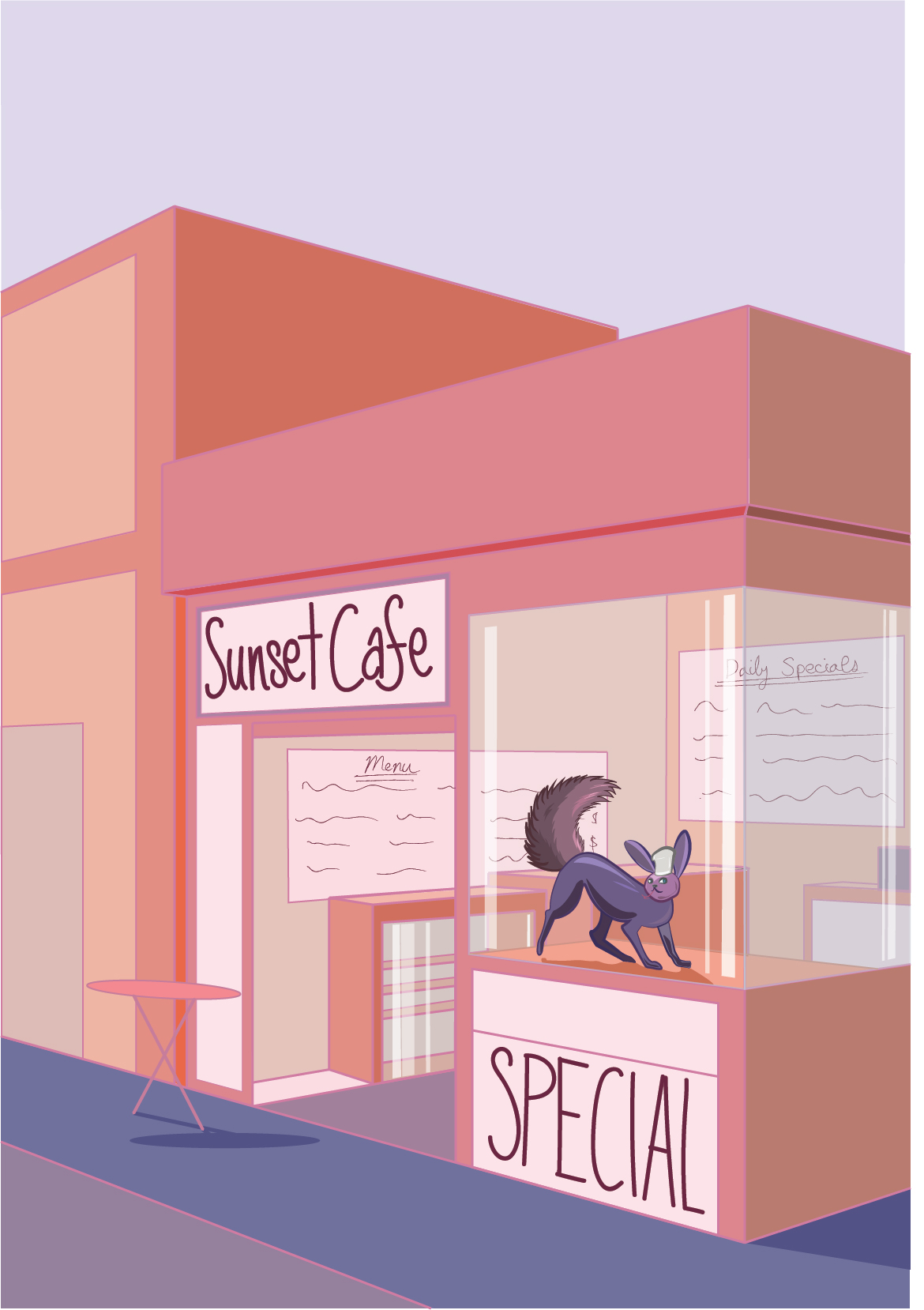 In a story for English, I wrote of a girl who worked as a pastry chef in a kitchen. In this kitchen, she began to get bored of her job and turned to petty thievery, eventually getting caught for stealing a whisk.

For this project, I used Adobe Illustrator in order to create an illustration of this character as an animal. I decided to use a fox’s tail, a cat’s head and body, and a snake’s tongue. These are all supposed to be crafty and sneaky animals, as my character is. The color scheme for the animal is purple as purple is a color associated with being sneaky. I used other dark colors as well to represent being shady. For the background, I used two point linear perspective to make a cafe scene. As you can see two sides rather than just one as in single-point perspective, I had to use two-point. The color scheme for the buildings is light oranges and pinks. I chose these as the cafe is named “Sunset Cafe”, so I wanted to use similar colors to its name, and I also wanted to use brighter, happier colors to contrast the character somewhat. The sidewalk and sky, however, are purple to show that it is not daytime but dusk, which is a time that matches the character more as it is thought of as a more sneaky time.

I am fairly proud of this piece, however to me the background feels a little stale. I feel as if there are cast shadows that I have either missed or done wrong. The background is also very large and does not put enough focus on the character. The table as well seems off to me. Overall, however, I am fairly proud of this piece. When doing linear perspective work in the past, I was not able to do the inside of buildings properly, but here I did. Furthermore, I am happy to have learned how to use Adobe Illustrator.