For the Conceptual Project, we developed our abstract thinking and communication skills to answer the question,

“How can I use unconventional forms to express myself?”

This project emphasizes creative risk-taking through poetry, music, art, animations, experimental film and web production, challenging us to express our opinions through a distinct personal aesthetic. We began developing our technical communication skills by learning a variety of modern professional equipment and applications such as Adobe Photoshop, Adobe Premiere Pro, Adobe After Effects and Google Apps.

I value many things I’ve learned throughout this unit. In Animation, I began learning how to use DragonFrame to bring my pictures to life in stop motion. In English, I learned how to write meaningful, non-cliche poems and passages. And in Digital Media, I began learning everything. I started Digital Media not knowing anything about Adobe Applications, coding, or building websites. Now, I have experience in all of these things, and I’m very grateful to have this opportunity to learn these things.

We began by pulling topics and emotions out of a bag in English class. My topic was Driving and my emotion was Anger. So my intention statement became, “I am exploring the emotion of anger through the experience of driving.” I created multiple different drafts of haikus, but I found it difficult to create anger in them so I took a more passive aggressive route for it. I wanted my speaker to be someone who’s bitter towards teen drivers on the road. I feel like it’s a universal thing to be passive aggressive towards new drivers and I wanted the listener to relate to the poem. 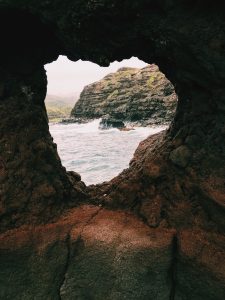 This was my first time using Premiere Pro. I spent the first couple of days for this project asking Mr. Florendo and the classmates around me really basic questions. Once I figured out how to put audio and photos into the application, I began working. I learned how to add Royalty Free Music and sound effects into the background to make it more interesting and how to animate the text so it would disappear after that piece was said. One important thing I learned from this project was that you need to be patient when producing videos. Getting the video to be the exact way you want it is extremely tedious and it’s very easy to get frustrated but you have to keep working on it. 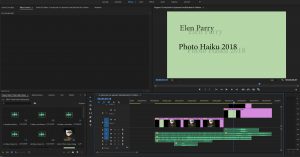 
I learned from this project that Freestyle was harder than I thought it would be. This was the first video I’ve ever made, all this was completely new to me, and when we were assigned it, I didn’t know where to begin. I was thrown into the deep end without knowing how to swim. But from this project, I learned that I needed to work harder than I ever have in a class before. I could’ve either given up and turned in something atrocious, or I could stay after school for a week and produce something I was proud of. And while this isn’t the best thing I’ve ever done, I’m proud of it.

The Exquisite Corpse Poem was an activity we did in English class. An Exquisite Corpse Poem is where the first person writes a line, then passes it along. The next person writes their lines, then folds down the first person’s line so only theirs is visible. They then pass it along. The poem travels around the group, each time only having one line visible. After the last person has written their line, the group unravels the paper to see their new poem. We came up with “The Spaghetti Question”. A poem that asks for the answers to burning questions. 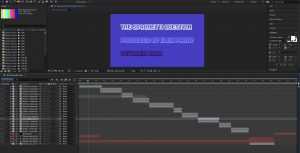 After Effects was hard to use. I had to restart this project three times because it kept deleting my work. Even after saving and re-saving everything, the photos would be deleted from the timeline and I’d have to restart the whole thing. Which took a lot of time because I added Ken Burns effects, fade ins and outs, and rotations. But it was a good learning experience.

Blend Modes are different ways to edit photos or merge multiple photos together. Multiply and Overlay allow you to make photos darker and Screen lets you lighten photos. There are tons of other ways to edit photos, but these were the ones I used the most in this project. 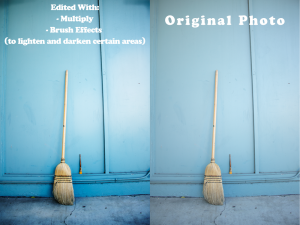 This was our first project in Animation. The criteria for this project was that it had to loop and it had to have at least three things moving. 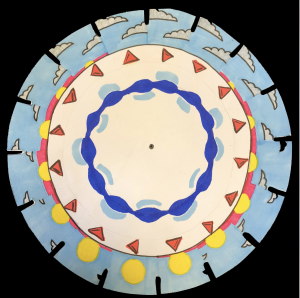 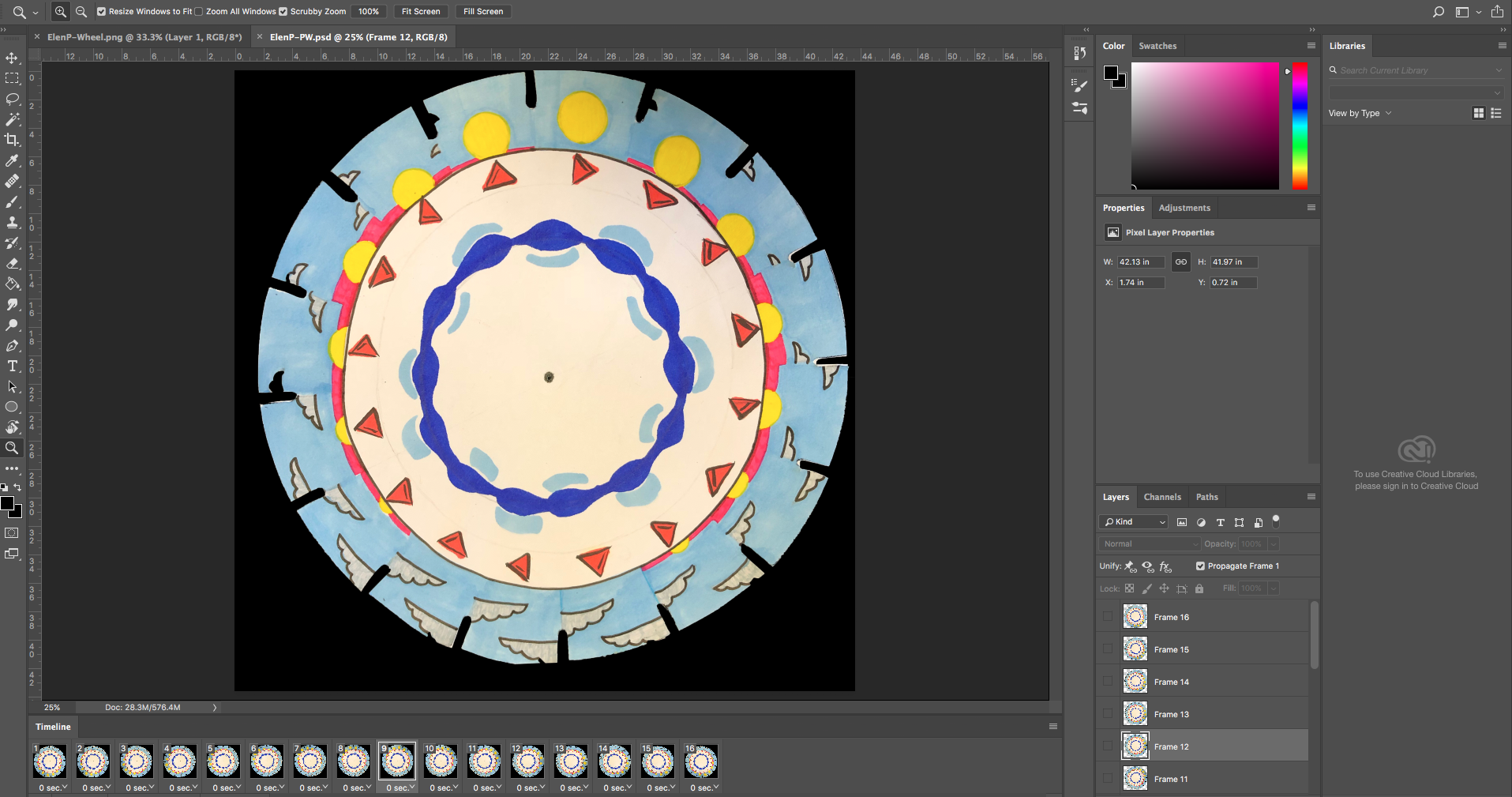 This was a really fun project to do. We had to create a flipbook that has emotion, but only using shapes. It allowed up to practice Principles of Design such as squash and stretch, anticipation, and follow through. I had planned on using markers for this project, but I ended up using water color pencils because I forgot to borrow the markers from the class in order to work on it over the weekend.

The Exquisite Corpse project was a collaborative project with all the students in Animation. Each person was given three frames; the beginning, middle, and end. And each person’s end was another person’s beginning, so everyone’s project was connected. We had to create 24 framed in between each section to create an animation around 4-5 seconds.

The Direct Techniques project was designed to practice overlapping action and anticipation. The choice of mediums were paint, paper cutouts, sand, or charcoal. The first one I made was with sand, it had it’s ups and downs. With sand, you have to draw each individual frame, and there were over 100 frames. It was very good practice for patience. The second one I made was with paper cut-outs. I based this one off of the Beatles’ song “Octopus’s Garden”. This one was a lot easier to create because I didn’t have to draw and redraw every frame. Instead, I just had to move the paper around. 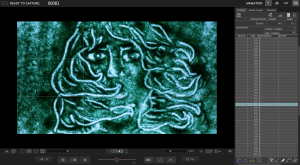