Welcome to my Conceptual Page. This was the first thing we did in Freestyle. It challenged us to express our creativity through a variety of programs and tools. We used a wide range of apps, such as Adobe Premiere, Adobe After Effects, Adobe Photoshop, WordPress, DragonFrame, and others to create our projects. We used Tascam Audio Recorders and DSLR cameras to create our poems and videos. Each project that was made was made in all 3 of my classes. We made short 12 fps videos in our Animation classes, poems in our English classes, and videos on those poems in Digital Media. All pictures seen here were taken using the DSLR camera. These experiences so far gave me a better understanding of the work that goes to all of the large scale feature-length films, but I still had a long way to go to get a good grasp of the picture.

In our English class, our first project was to make a Haiku; it’s the traditional Japanese 3-line poem that has a 5-7-5 syllable structure. Our goal was to create this poem following this quote we made for ourselves, which more or less acted as our rubric: “I am exploring the feeling on unease through the experience of following my instincts.” I took this and built a poem out of it. 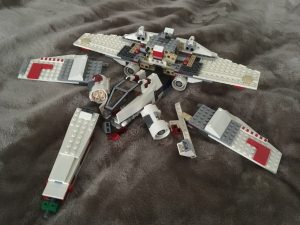 Photo of disassembled X-Wing used for the project.

This project was the end of the start of the experience at Freestyle. The upcoming projects were supposedly going to be much higher quality than this. I would show you the editing process on Premiere used to make this. but sadly I couldn’t get to it.

I will now show you 3 of the poems we made so far: A Free Verse Poem, which is a poem that doesn’t have to follow any specific rhyming scheme or anything else you’d see in traditional poems, an Ekphrastic Poem, which is a poem that relies on rhetorical and vivid wording, and was based on a piece of art each person chose for themselves in the San Fransisco Museum of Modern Art, and an Exquisite Corpse Poem. 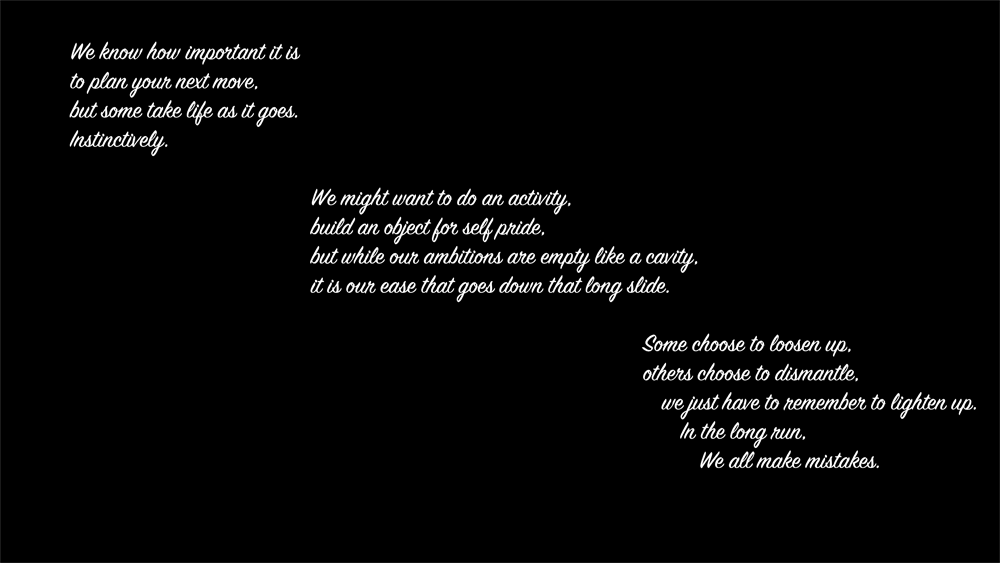 This photo is the entire poem from start to finish.

Intentions for the latter 2 poems you chronologically read through.

This poem was made during a class activity in our English classes. The making of the poem involved a group of 9 people. The way the poem was made was that 1 person would write the first line of their choosing. It could be whatever you wanted. You’d then pass off the line to the person next to you, and they read the first line. They’d then write down a second line that would follow off the first person’s line. They would then passed it over to the third person, and they write the third line, but that person is only allowed to look at the last line (the second one), with any lines before that covered up. This just kept going until the poem reached the last person, and they wrote their line. We made a total of 9 poems in this activity, and we decided that this was, for some reason, the best of the nine. Following that, every person in the group would make their own videos based on the project, where each person recorded their own line and took a picture that relates to that line, both of which would be used to create the videos. This one is the video I made. 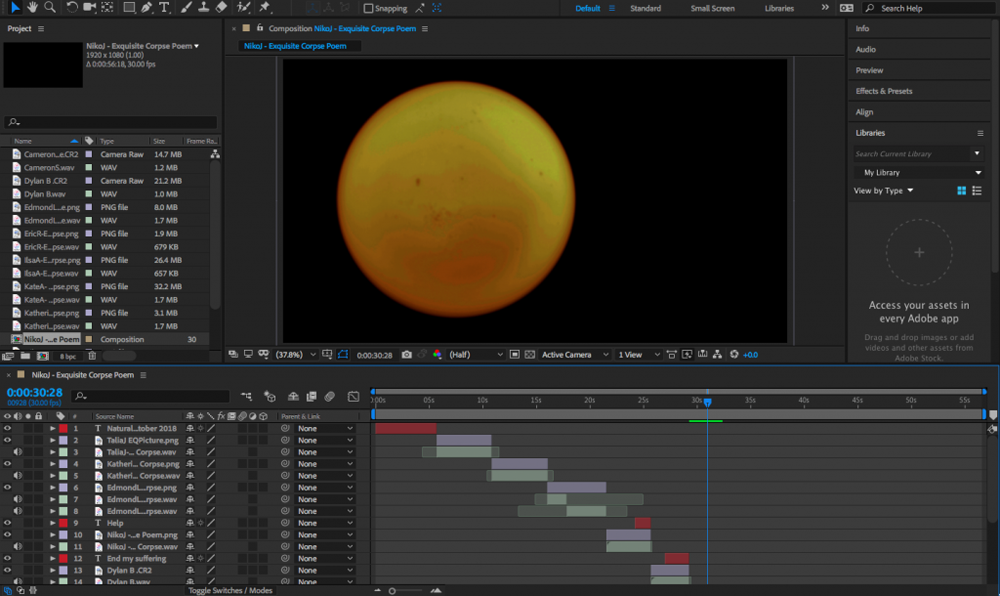 This is a screenshot of the After Effects program we used to edit this video. It involved a lot of different photos, audio clips, transitions, precise placement of the media, and a little bit of patience.

What I valued from the creation of this video, from making the poem to making the video, is just working with what you have, Sometimes you have something that’s just so stupid that you may have to embrace it.

This part was about a bunch of photos edited using blending modes. Blending modes are photoshop methods where you blend colors into certain shades of dark and light colors, effectively fusing 2 images together to make 1. 3 blending modes were used here: Multiply, Screen, and Overlay. Multiply combines colors of one photo with the darkest (black) parts of another, Screen takes a photo and blends with the lightest (white) parts, and overlay combines the colors of one with the medium (gray) shades of another photo. 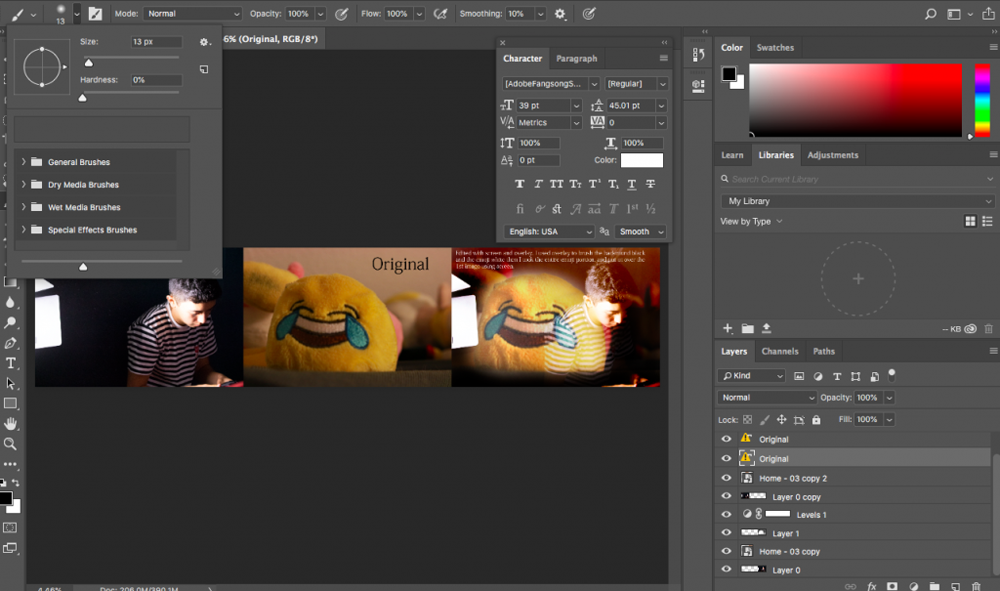 This is a photo of the Photoshop program that we used. There are a lot of different tools we use for basic photoshopping, such as the blending modes, brushes, text, cropping, canvas sizes, and others.

I valued a good amount from this project. First, I got a lot out of using the DSLR cameras. Prior to this project, I was very comfortable with camera angles and setting up backgrounds, but I learned how to change the brightness or blurriness of the photos on capture by learning to change the shutter speeds, apertures, and ISOs, while learning what each one does. We try to strafe away from using the “Auto” modes from our cameras all the time. Learning to do some of the basics in Photoshop was really nice, as we could change the looks of a photo as we desired.

All of these projects involved physical drawing of some sort, weather we used drawings, cutouts, sand, markers, etc. All photos were taken using our DSLR cameras. Every animation was done at 12 FpS, and was done without the use of any audio, as the goal was to try to convey a story using visuals only. As we progressed, we learned about various animation techniques, such as different shots (establishing, POV, close up, etc), squash and stretch of the characters, anticipation of actions, following through, arcs, emphasis on certain objects through the use of color, size, repetition, unity, or focus, and many other techniques. Some of the animations had us taking a multitude of photos, first using Dragon Frame (an application that just organized all the photos into one folder, made sure you had the same resolution, and allowed for changing the camera setting on the computer), then exporting the photos as a video using Adobe Premiere.

This activity was our first project in our animation class. Our task was to build a 16 frame set of pictures all set up on a wheel, so when it’s spun, it creates the illusion of an animation. The wheel had been converted to gif form to make it easier to see the animation. 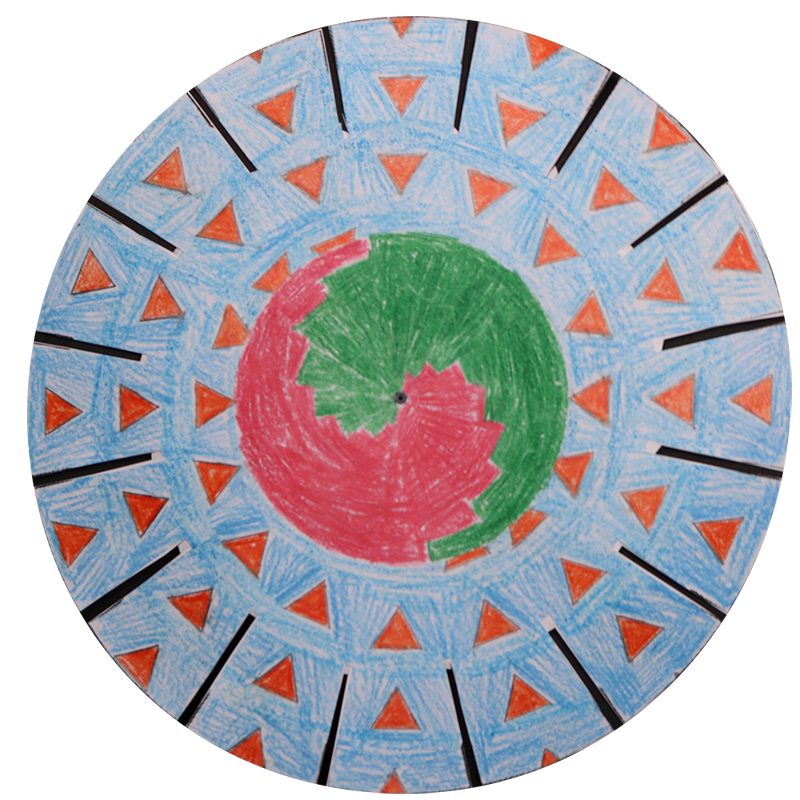 Original photo of the wheel, so you can take a look at the details.

Animated GIF of the wheel. 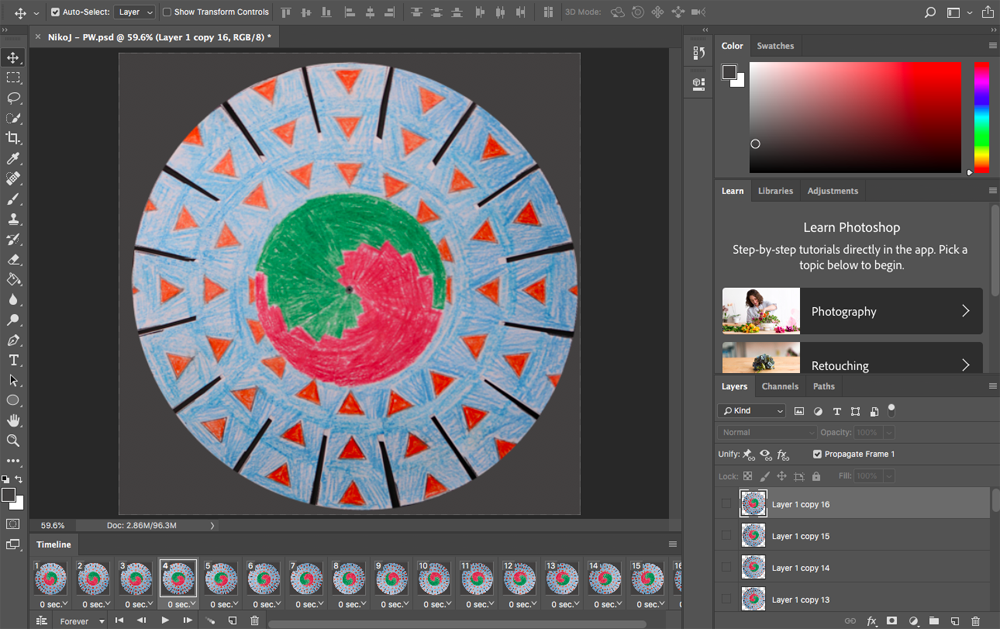 This is a photo of the work that was being done for the GIF. It involved a bit of copying and angle changing, making sure each photo changed by an angle of -22.5 degrees to make the GIF correct.

The flip book started out as an actual physical flip book that everyone in the class made individually. We needed around 8-10 seconds of video out of it, and given the 12 FpS standard, that meant making a 96-120 page flip book. The goal was to convey an emotion with the animation. Mine was happiness.

The direct techniques project was one that involved an opportunity to animate with unique objects. We had multiple options, so I used whiteboard markers and sand. We used the DSLR cameras and the same 12 FpS time. We used an animation technique during this called “straight ahead,” This technique measn that you have to take every picture in order, and move the items or redraw the items, and you can’t go back on a previous image, at least not exactly, so you have to deal with what you take.

Like the poem, this video involved a group of people making parts of the video. The entire class was given a few pictures to build an animation out of. We are given 3 photos, we make a 2 second animation from 1st to 2nd, and the 2nd to 3rd. Afterwards, all of the different animations are put together to make one large video. My part is between 0:48 and 0:52.