With this podcast, I took a look at one of my favorite childhood movies: Speed Racer. I talk about the criticisms this movie received and the many positives I found in the movie. I compare some parts of the movie to its source material and explain why its transition from a TV show to a movie works out.

My name is Niko Jokhadze. I attend Mountain View High School, as well as Freestyle Academy, as part of the graduating class of 2020. Some things about me are that I’ve been doing Tae Kwon Do since 2009, and have been officially teaching it since 2018. I go to a Russian Orthodox church, and have served there as an altarboy since 2008. I have been learning to play classical guitar since 2015. I play sports, like Tennis, Table Tennis, Basketball, and a few others. I’m also into a bunch of different video games. I’m a fan of movies, as I’ve seen many fun movies, like Pixar films, Star Wars, MCU, X-Men, and many others. One of those movies I’ve seen, being Speed Racer, has stuck with me for a very long time. It’s a movie I can watch time and time again and never get tired of, because I found it that entertaining and that interesting.

This unit was about the creative and technological process of making a podcast. This audio-focused medium allows creators to make a story and portray it without the distraction of visuals because some stories just do not need any video to enhance them. The lack of a need for visuals makes a podcast a lot more easily approachable for a normal person, since really the only thing you need to make one is an audio recorder, or even your phone, but more professional podcasts use recording booths or studios, which we had the option to use. My inspiration for making a podcast was the many movie review channels you’d find on YouTube. For example, Jeremy Jahns. He makes very entertaining reviews for the movies he watches, both spoiler-free and spoiler-filled. While his videos do have visuals of him talking and some images showing up, which fit the audio, they can still be very easily experienced just by listening to them. I wanted to take a shot at talking about a movie I liked, so I thought in the way of not needing visuals to support my speaking, and just being descriptive enough to grasp the picture. 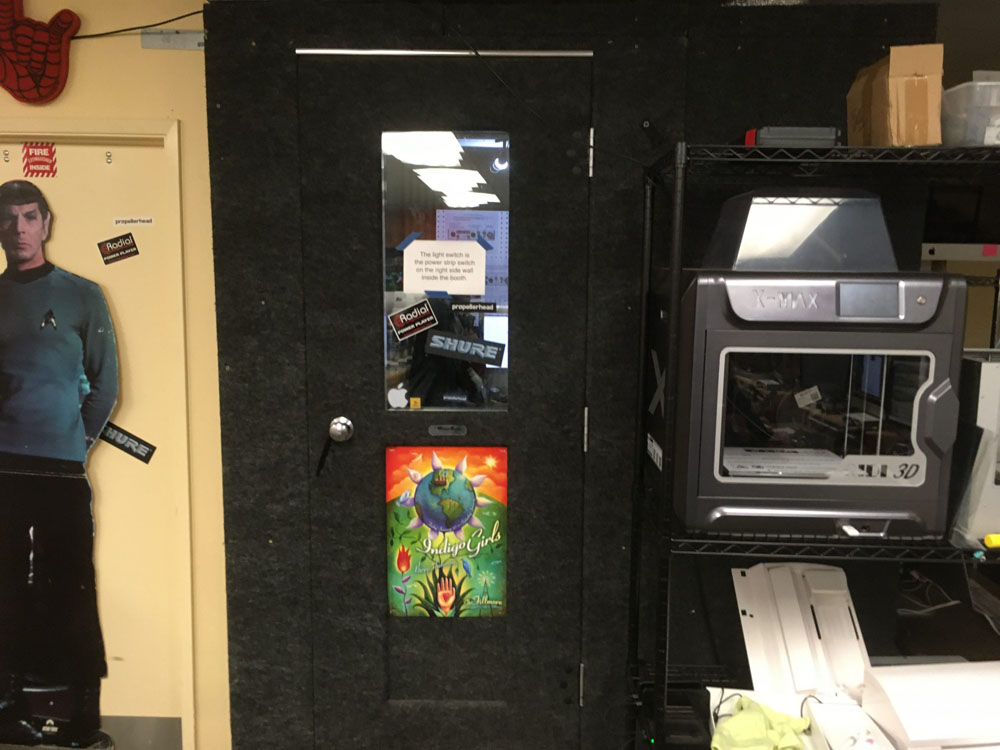 This is a photo of the recording booth I used to record my podcast. 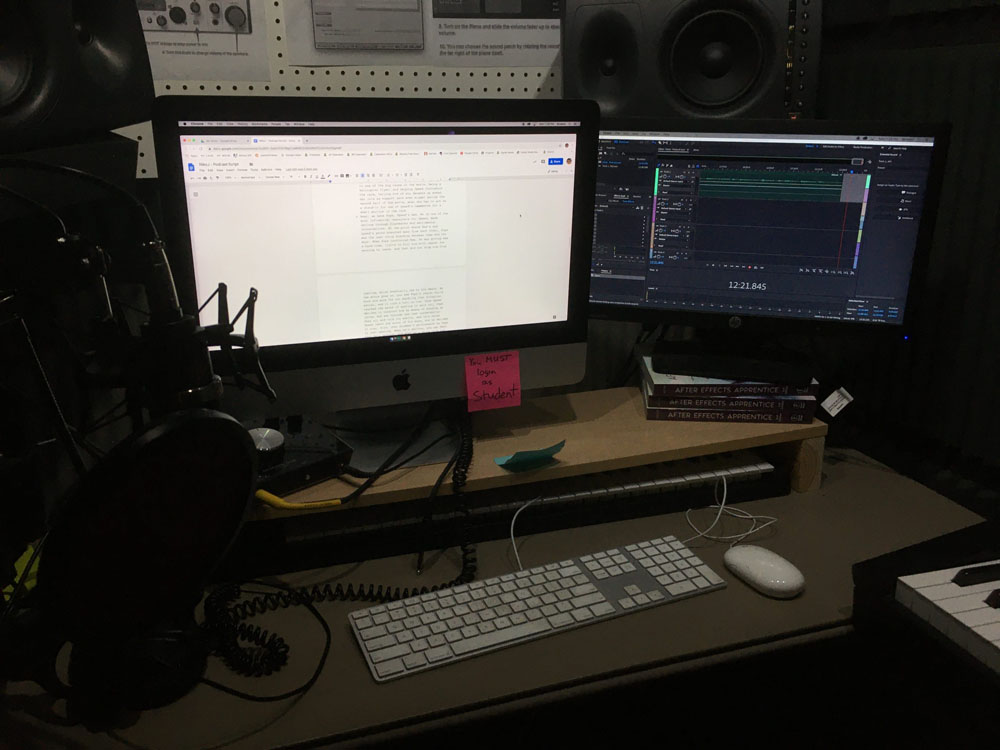 This is a photo of what the inside of the recording booth looks like. There’s a mic on the left side, with 2 screens, one that had my script displayed, and one with Adobe Audition, which I used to record. 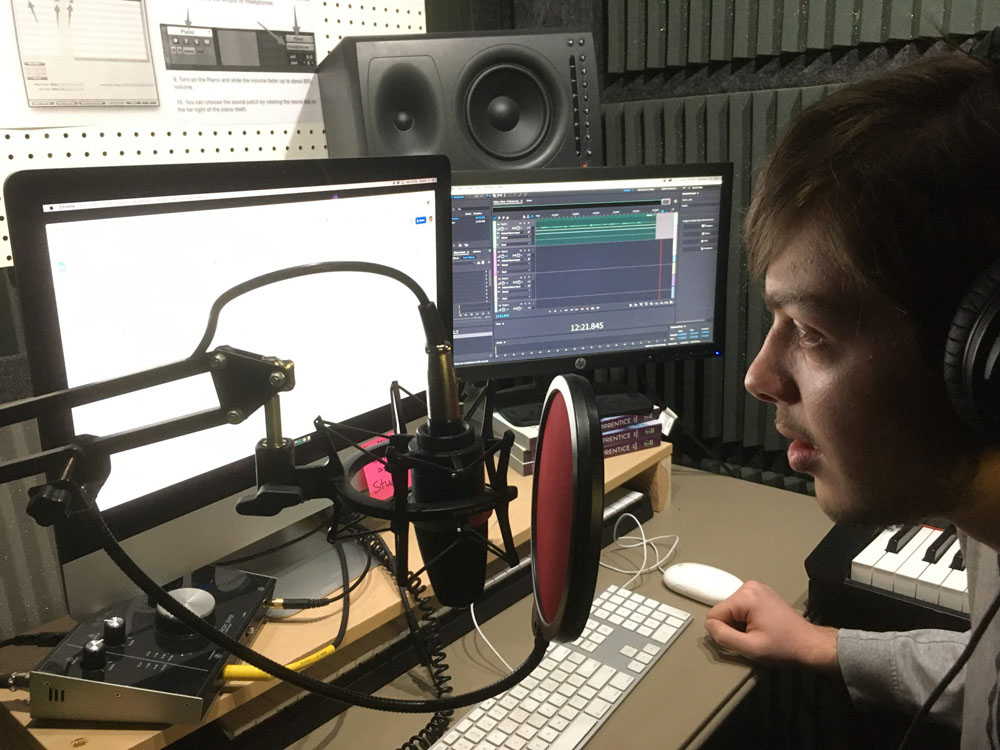 This is a photo of me recording my podcast, which I definitely didn’t forget to take at the time of recording, and totally isn’t staged. 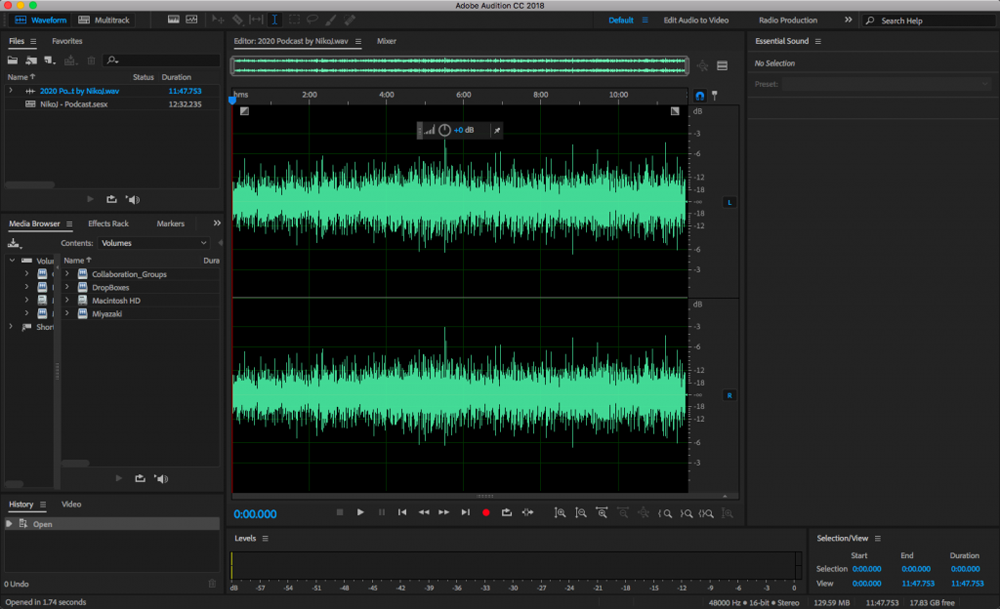 Here’s an image of the podcast file after doing some post-editing, like normalizing and trimming down bits that don’t have any audio.

What I valued about this project was the simplicity of making a podcast, and the range of material I could talk about. I actually really enjoyed being able to just talk about a movie that was special to me, even if almost nobody I knew held the movie at such a high regard as I did. The actual making of the podcast was way easier than basically everything else we did in Freestyle, which was great. A tip I’d give the first-time podcasters is to just let yourself be yourself. Even though I basically wrote a word-for-word script of what I would say, I still let myself ad-lib many times, so it could sound more personal.