For the Explorations Project, which was the last project of the year for Juniors, we explored our passions and chose a particular skill set and topic to learn more about and improve on.  I decided to focus on camera movement and how to effectively use it to convey emotions in film.  I chose this topic because although it seems simple, I feel that learning more about how to do standard skills in film will allow work done in the future to be a lot better because then I’ll be able to study more specific and difficult skills while having a strong base to go off of. The 21st Century Skill(s) that I worked on for this project were technological literacy and self direction.  This explorations unit was very different from our other units in film because we weren’t given deadlines throughout the process and didn’t have any official check-ins with Mr. T which meant that we had to set goals, manage our time, and create a final product on our own.  In addition, I experimented a lot with Adobe Audition as well as with the DJI Spark drone which strengthened my ability to use both technologies and have them serve a purpose in my explorations final product.

I valued being able to set my own deadlines and organize my schedule to make sure that I got everything done on time and ready for my presentation date during finals week.

I began working on my explorations project right away after finishing the documentary film that Lilia and I had been working on for the previous unit.  We had to submit a film pitch which Mr. T would then authorize for us to do or tell us to revise.

I also wrote an outline for English with my research notes that allowed me to organize my thoughts and decide what I was going to say for my live presentation during finals week for Freestyle.

I got started with the production process by location scouting and planning out what shots I wanted to get and where.  It took me about a week and a half to get my shots which I then used to edit together in Premiere Pro.

My final product was a shortened music video that I made during this unit.  I also took shots emulating the different types of camera movement that I learned about which I included in my presentation. 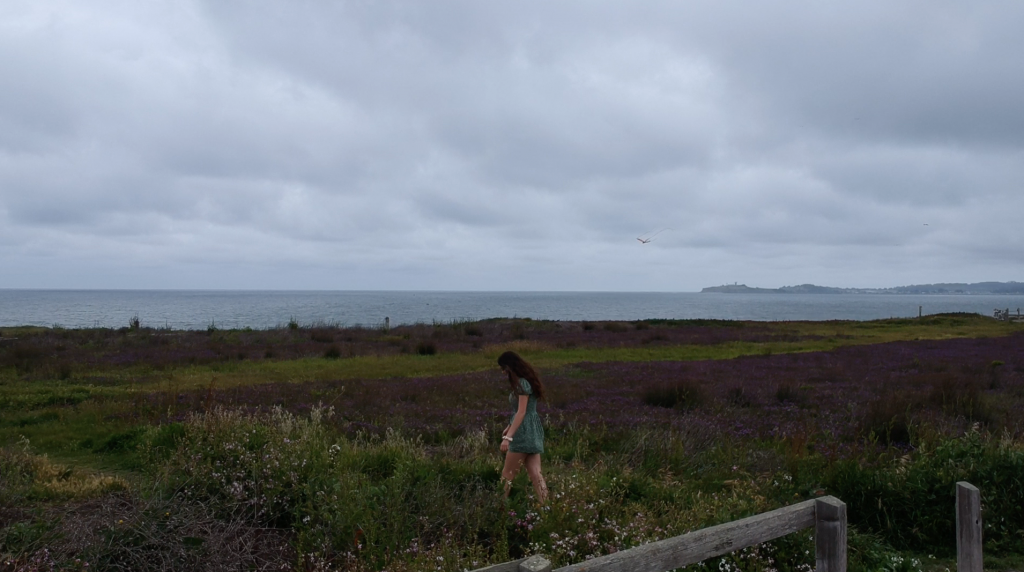 If I could go back, I wish that I would have spent more time on my shots for the music video because I feel that they did not accurately portray everything that I had learned during the explorations process.  It ended up being a regular music video instead of one that clearly focused on camera movement.  However in the end, I do like how my explorations presentation ended up and I am grateful that we were given this experience to choose a topic that we would get to individually learn about and then be able to teach everyone else.

My Explorations Infographic visually displays the importance of camera angles and the effects that they have on an audience.  I made it using Adobe Illustrator since I am most comfortable using that application. 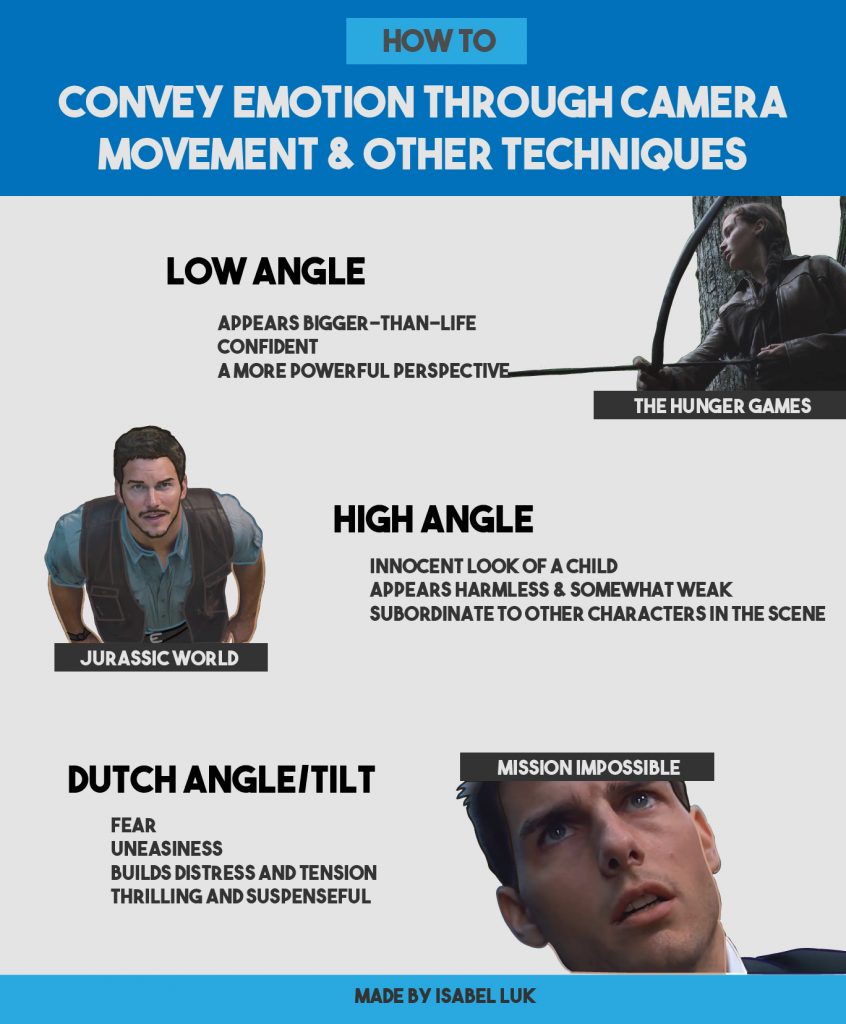 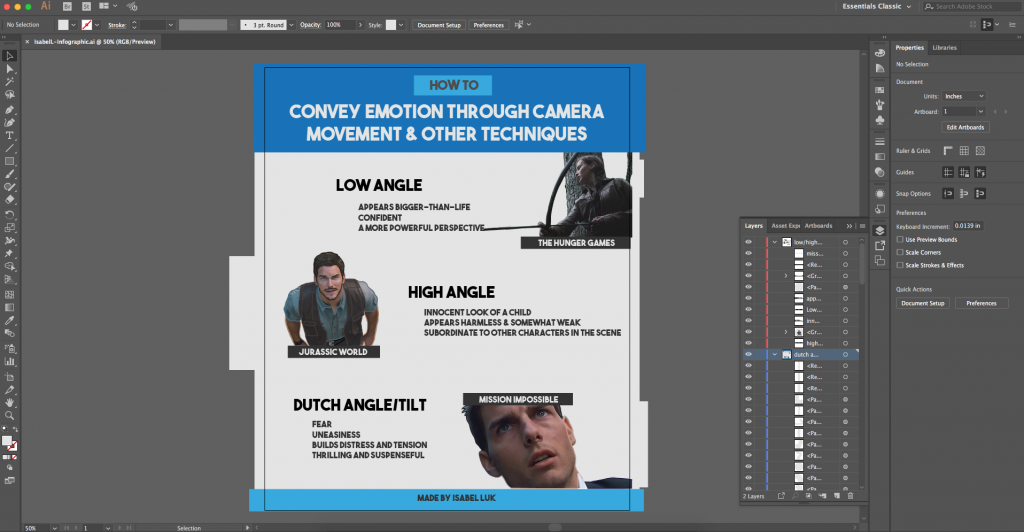 This is the same as my recorded presentation above, only difference being that it was live and I had to shorten what I was going to say so I would fit the 5 minute limit.

I valued being more independent for this Explorations Project because I had gotten very used to receiving help from Mr. T and my partners from the previous films that I have done at Freestyle. I also branched out and was able to study using different Adobe applications as well as other software and technology. This project has benefitted me as a digital artist because of the experience I now have with the advanced equipment that I used for my explorations presentation.